My Pride Story: “I was disowned by my family but I’m accepted at the bar” 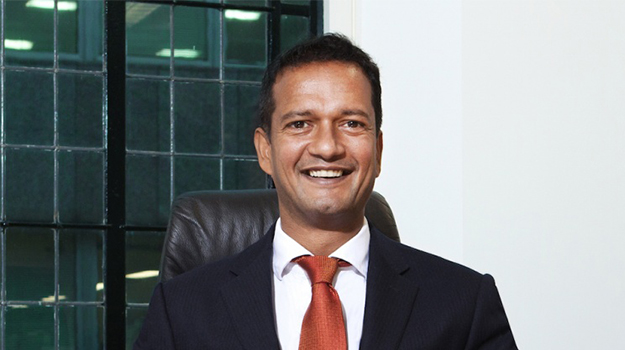 I’ve recently commemorated the 20th anniversary of being an out gay man. I say commemorated rather than celebrated – I was disowned by my family. It has been quite the roller-coaster ride with them.  As Armistead Maupin says, you have two families, your biological family and your logical family; I definitely have a very strong logical family.

When I was an undergraduate in the mid to late 90s, law was a barrier to me being able to be open and true to who I was as a human being. I was very much supported at Southampton University and came out and did all sorts of radical and political things.

I specialise in representing LGBT+ asylum seekers and refugees and have created that niche area for the last 15 to 16 years. My work is very much connected with my identity. I’m a first-generation immigrant; I featured in the Movement Against Xenophobia’s ‘I’m an Immigrant’ campaign last year. As a black man I see absolutely no reason to discriminate against me on the basis of my sexual identity. This is especially important now after the Orlando shootings.

This Pride is going to have a very political stance. It’s about being proud of who you are; the right to be free, the right to love, the right to be human. A lot of my clients come from countries where they’re tortured, raped or detained because who they are as human beings.

I’ve never had a problem being out professionally. I did my first six at Doughty Street Chambers and my second six at what was then 2 Garden Court. My husband and I met when I was doing my second six at 2 Garden Court. We had the first-ever civil partnership [ceremony] at the Inner Temple and the first-ever same sex marriage at the Inner Temple. The great thing about the bar is that it’s a meritocracy. Whatever I’ve done, it’s not about being a gay man, it’s about the work I do and the success or outcomes in the way I try to change the law in a positive way.

I’m not going to be one who says that we don’t have elements in our profession who are not homophobic or transphobic. I’ve got involved in FreeBar; it’s an amazing organisation which cuts across the barriers between barristers, clerks, staff and our clients. I’m also the equality and diversity officer for No 5 Chambers. I am extremely fortunate to be at a set where I am completely supported in the work I do.

It’s so important to be yourself and when you’re looking to join a chambers or firm of solicitors don’t settle for second-best. If you’re in an environment where you have to hide who you are you’re never going to achieve your full potential. It’s important to have a work-life balance and to be able to siphon off your time for your family.

Would I do anything else? No. What I get is the thank-you cards saying thank you for saving my life, and you can’t put a price tag on that.

Daisy Reeves, Berwin Leighton Paisner: “I went back into the closet when I started in law, but I’m out now and proud”

Clare Fielding, Gowling WLG: “I’m a trans partner in the City and I’m happy to be a role model”

Michael Chissick, Fieldfisher: “I’ve always been out – and now I’m a managing partner”

Brie Stevens-Hoare QC, Hardwicke: “The clerks knew long before I told the barristers”