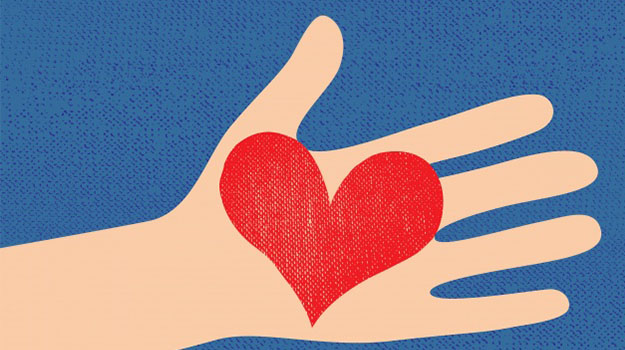 Lawyers at US firm Seyfarth Shaw averaged the highest number of pro bono hours in the UK last year, a new survey has revealed.

According to the Trustlaw Index of Pro Bono fee-earners at the firm, which has 11 lawyers in London, chalked up more than 61 hours each on average, with 40 per cent of them doing at least 10 hours.

The firm that occupied top spot in the 2015 Index, Arnold & Porter, performed strongly again, with every single one of its London fee-earners contributing at least ten hours of pro bono last year.

Overall, participation in the survey among law firms with offices in England & Wales increased, from 26 to 37. However, once again the vast majority of those were US-founded. American firms made up the top six spots on the list. The best-performing British-founded firm that made its details public was Linklaters, whose lawyers averaged 46 hours of pro bono last year.

The survey also found that over 77 per cent of firms factored pro bono into appraisal processes (77.2 percent). When it was factored into appraisals, lawyers performed 40.2 hours of pro bono, compared to 20.7 hours where it was not. 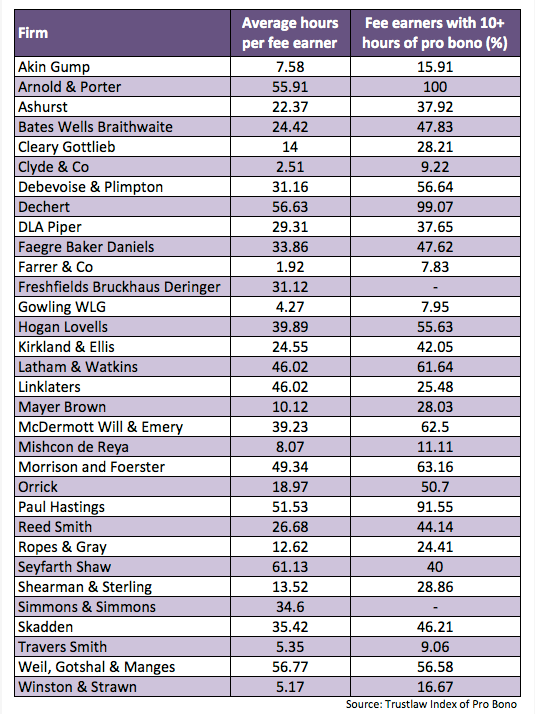