The long read: Is being a lawyer good for you? 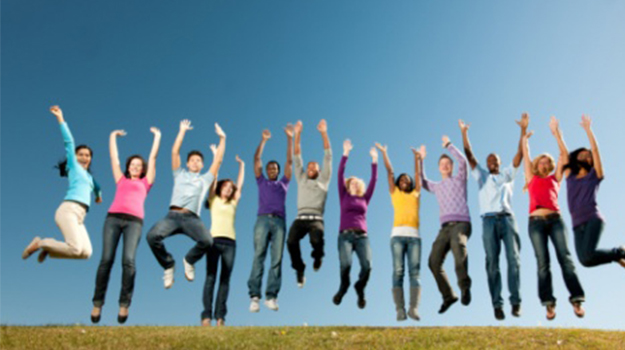 Is being a lawyer good for you?

That’s easy isn’t it? It’s going to be about stress. Everyone knows too much stress is bad for you and lawyers work too hard. The law’s often complicated and clients frequently stressed themselves, and that makes working with them stressful. For many, work brings them into contact with highly emotional, distressing situations. Others work in intensively competitive markets where the stakes can be extraordinarily high. There’s going to be stress. You can have all the resilience training you want but something’s going to leak through. And anyway, you’ve got pretty good at dealing with it haven’t you?

Well, yes but no. It is about stress, but not just the fact that there’s stress. What’s more interesting, and important, is what happens when we get stressed; how it affects us mentally.

It’s not an accident you became a lawyer, though you may think it is. I used to attribute it to a random conversation with some friends of my parents.

But, actually, I had all sorts of discussions with all sorts of people about what I was going to do. What made that one take seed? What draws certain people to the law? Yes, there’s financial reward, security, social status, intellectual interest – but, it turns out, those can all be available in other careers.

What is law about? Essentially, it’s rules. And not ‘out there’ objective truths, like the laws of physics or maths. They may be essential for society but these rules are made up. They’re different in different countries and they change from year to year. There’s an arbitrary quality to it, sort of rules for the sake of rules. So, if you’ve been drawn to the law, and you’ve stuck it, chances are, you’ve got a bit of a thing about rules.

And it’s probably quite a complicated thing. People outside the profession rarely understand how much room there is for mavericks. In many ways lawyers tend to be highly individualised and resistant to authority. The partnership structure is all about individuals and ownership and even the largest commercial firms are still much less corporatized than other businesses of equivalent scale. Actually, that makes sense: lawyers need to be able to get right into the rules, to test and challenge them and the best ones make the law behave in ways that no one expected.

It’s not a job for someone who just accepts rules but you do need an underlying fascination with them; an engagement at an emotional level. And the longer you do the job, the stronger that pull is likely to get.

Everybody lives with an internal critic; the voice telling you you’re getting it wrong. It’s a fundamental part of the human mind; hard wired into us. Its positive aspects include conscience and aspiration.

Its less healthy aspects: low self-esteem and a sense of shame. Unfortunately, it’s a delicate mechanism and when it goes wrong it can become punishing and persecutory. It’s at the heart of depression and it’s probably implicated in every form of mental illness.

Rules are all about getting things right or wrong. You’re one side of the line or the other; it’s binary. So, for a lot of lawyers, alongside the preoccupation with rules (finding out what they are, telling other people, enforcing or getting round or past them), there’s likely to be an acute sensitivity to the idea of getting it right or wrong; whatever ‘it’ may be – a noisy, insistent internal critic. And while a lawyer’s sensitivity to getting it wrong may have deep, unconscious and emotional resonance, it’s also entirely rational. Mistakes are likely to be a very serious problem.

This leads to the development of a sort of collective fable: the possibility (in fact, the necessity) of always getting it right. Of course, everyone ‘knows’ that’s not really possible; billing targets won’t always be met, pitches can’t always be won and mistakes will get made and can usually be straightened out with a bit more lost sleep and stress. But that myth is still part of the underlying emotional psychology and reflected in the (built by lawyers) working culture.

Research has shown how in the legal profession personality traits common to lawyers as individuals have contributed to the creation of a working culture and environment that reinforce those same traits in individuals. This is probably true of any occupation, but it so happens the research was done with lawyers.

And, with lawyers, the researchers concluded, the result was a punishing fantasy of impossibly high standards and a culture dominated by anxiety. But what the researchers didn’t really seem to ‘get’ (and people outside the profession often don’t), is that those standards may be impossible but they are also absolutely ‘real’ in the sense that you do have to take them completely seriously if you want to be in that world. The trouble is, that fantasy is joltingly at odds with your own personal reality of intermittent insecurity and anxiety and getting it wrong.

That means having to hold two contrasting ideas about the same thing at once. In fact, that’s something our brains do naturally and, when things are going well, we’re pretty good at it. For lawyers it means engaging whole-heartedly with the unrealistic professional standards, while somehow ‘knowing’ that it’s a role; it’s not really you or not the whole of you.

But when things get difficult, our states of mind get more entrenched and rigid and holding two views about the same thing becomes uncomfortable, like trying to ride two horses at once. If the conflict gets too acute, it can become a very isolated and confusing place.

Stress creates an internal state of emergency and crisis. It’s a physiological response which inhibits the more rational parts of our brain and make it more difficult to manage ourselves. Core aspects of personality that we normally hold in balance so they’re useful and productive may become exaggerated and troublesome.

When the Law Society tells us that 96 per cent of solicitors experience negative stress and for 19 per cent it’s ‘extreme’, what the lawyers are really complaining of is not the stress triggers but the way stress affects them. And that depends upon their psychological predispositions and the culture they work in. Under stress it becomes more difficult to sit on both horses at the same time.

It may sound like a fine distinction between stress and its effect, but it isn’t. Stress triggers won’t go away and cultures can only change gradually. A lot of resilience training looks frankly unrealistic (you already know you should get more sleep and exercise and talk to your colleagues more and the reality is you will find yourself working on the train and through your lunch break). It is important to smell the roses but you can’t live this life, like that, all the time. And good intentions always seem to fall away over time. So if there’s a limit to what you can keep out, perhaps the only thing that you can change is your own internal landscape.

The psychologically healthy side of client focus

Personality is really just perspective; the different ways we see what happens to us and how it affects us. Change the way we see and think about things and we subtly alter aspects of our personality. This is a natural process; it goes on (for better or worse) throughout life. But at times it can pay to get more involved; to look more actively at the ways we see ourselves and the world around us.

You need some luck in life; there are perfect storms that can be too much for anyone. But, often, if stress seems to be the problem, the solution is likely to be some of the ideas about ourselves and the world that we bring to the situation. And I started this article by talking about some of the ideas that are likely to be around for lawyers.

If this sounds a bit alarming so far, it needn’t. There are many aspects of being a lawyer that are very positive. It is all the things trainee interview candidates say when they’re asked why they want to be a lawyer: interesting, stimulating and socially useful. Many lawyers derive great emotional satisfaction from helping people in difficult circumstances. The law generally offers a reasonable degree of financial security and social status and both can be important (and perfectly healthy) contributors to mental well-being. Also the intensity of the work can forge very close, mutually supportive relationships with colleagues.

But, in many ways, the most significant relationship in psychological terms is with the client.

The lawyer-client relationship is very unusual. The law itself, professional rules and professional culture impose extraordinary levels of service on lawyers. For many, these service demands are magnified by market forces. Again and again, the client’s interests have to be placed ahead of the lawyer’s in a way that really isn’t the same for other professionals. That doesn’t always make life easy but psychologically it’s got some very healthy features.

One of the hardest facts for our brains to grasp and retain is that other people aren’t us. Of course, we know this at an intellectual level but the deeper, more primitive parts of our brain, which are always implicated in everything we do, don’t want to recognise it. Accepting that other people, particularly the ones we depend upon for our emotional security and happiness, are separate from us, independent free agents with their own agendas and their own interests is difficult and painful – we want them to do what we want them to do. Look at the language of valentines (‘you’re mine’, ‘I’m yours’, ’we’re one’).

This trouble in telling the difference between ourselves and other people is known as ‘narcissism’. It’s in us all, it’s a healthy component of human relating even though we’re all prone to taking it too far and lapsing into narcissistic behaviour at times.

But if it gets out of hand – if we can’t deal with the odd salutary but painful reminder that other people are separate from us – it’s a persistent delusion and very destructive for relationships. In extreme cases it’s a serious personality disorder and it’s in the roots of a lot of other mental illness. To the extent we can see past it, we are functioning at a psychologically more sophisticated and healthy level because we are seeing the world more realistically.

The paradox, of course, is that all these things make their own significant contribution to stress but having to prioritise someone else’s interests above your own in your work, to accommodate and tolerate their needs, demands and failings may also be the thing that is really good for you.

Ex-M&A lawyer Jonathan Coppin spent 20 years in the City. He was a partner at Norton Rose, Shearman and Hogan & Hartson and retired at the end of 2007. He is now a psychotherapist and is setting up a specialist practice for people working in the City and the financial markets.