Four out of 10 senior associates would not choose to become a lawyer again, new research from The Lawyer Salary Survey has revealed.

Senior associates are the lawyers who regret their career choice most, with only about 37 per cent saying they would take the same path given a second chance.

However, being made up gives a significant satisfaction boost, with half of partners saying they would become a lawyer again, and the percentage who regret the decision dropping from 39 per cent to 29 per cent. 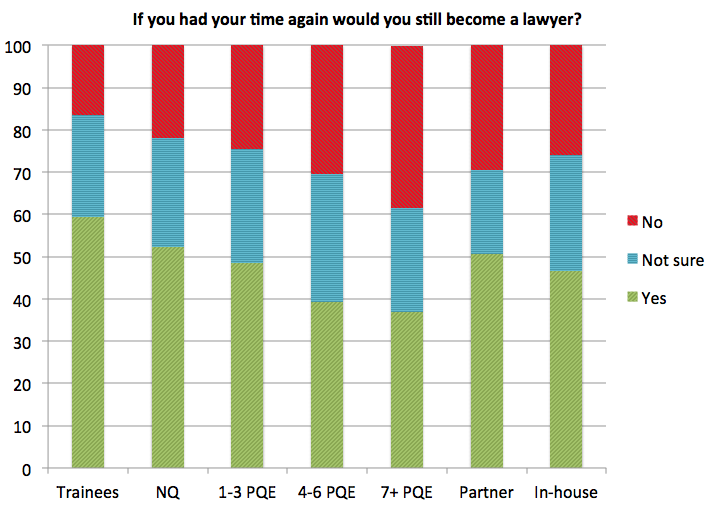 The process of a going through a training contract does put a number of young lawyers off the idea of partnership, however. While 55 per cent of trainees said they wanted to work their way up to become a partner in a law firm, this drops 11 percentage points to 44 per cent among newly-qualified solicitors. At the same time, interest in an in-house career rises. 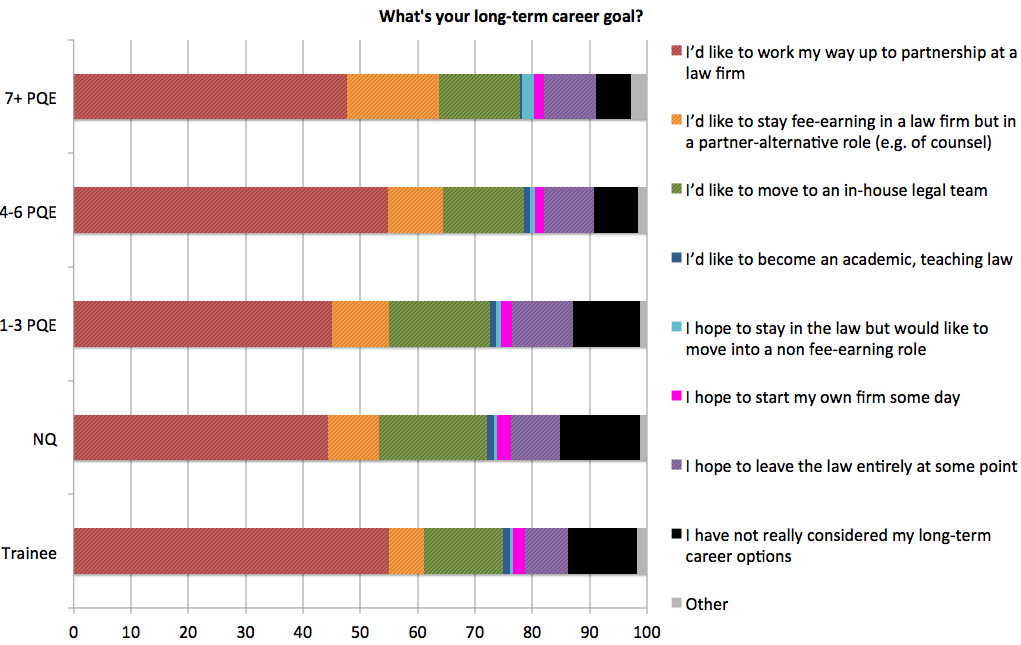 For more career satisfaction findings, and to find out how much you’re worth, download the Salary Survey 2016 PDF and visit our salary calculator.