It’s pay rise season in law firm land. Normally when the announcements come out, it’s either blanket good news, as happy associates reap salary boosts, or bad tidings across the board if the economic outlook is gloomy. Last year was a ‘goodie’, with lawyers – broadly speaking – handed their most generous salary rises in years.

But 2016 looks to be an unusual sort of year as a number of different factors muddy the waters when it comes to pay rises. 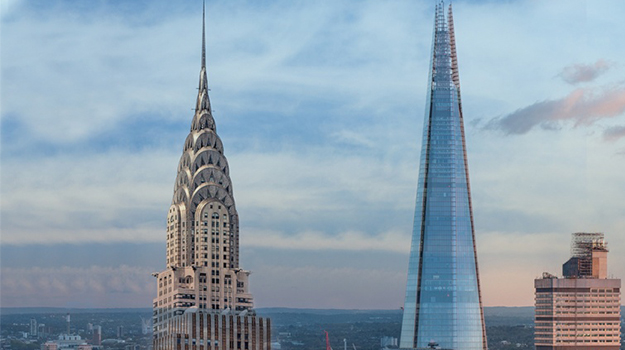 As soon as the Leave vote was in, law firms began discussing pay freezes.

The day after the referendum, Lawyer 2B reported that one London firm, which had planned to raise first- and second-year trainee salaries by £1,000 and NQ salaries by £3,000 was reconsidering its decision.

So far, Berwin Leighton Paisner is the only firm that has actually bitten the bullet and put a freeze in place until at least November 2016, saying it is the “responsible and prudent” thing to do. The Lawyer understands that a number of other firms are considering similar measures.

But the spectre of Brexit has not stopped others raising salaries. Travers Smith and Macfarlanes both made rises last week, while Herbert Smith Freehills explicitly stated “our approach to reward this year has not changed as a result of the referendum” when doling out pay boosts to its associates at the start of July.

With firms now having come out on both sides of the divide, there is precedent for firms that have not yet opted to go either way.

An added complication for some firms was a pre-referendum decision that took place on the other side of the Atlantic.

When Cravath Swaine & Moore announced that it was raising its starting salaries for first-year associates in New York to $180,000 (along with rises for all other levels), the white-shoe firm sparked a race among its peers to match.

It was the first set of raises in the Big Apple since Cravath started paying $160,000 to first-years in 2007. And since some of New York’s elite match salaries for their UK lawyers, it meant that a small group of London newly-qualifieds got handed a £24,000 pay rise.

Thus, Brexit pay freezes have come just weeks after some of the biggest salary hikes in UK legal history.

For UK and US-qualified associates:

It’s still early days, but hikes from the likes of Kirkland and Latham could drag salaries up at other firms too. White & Case, for example, boosted its salary for London NQs to £90,000 in June 2015 but now finds itself lagging way behind the leading pack once again.

With their armies of junior associates, the magic circle can’t match the US firms going to £124,000. What they are increasingly doing, however, is rolling base pay and bonuses into one compensation package. Once bonuses are taken into account, the gulf between the magic circle and American firms doesn’t look quite so large.

The trend started in 2015, when Allen & Overy hiked its associate salaries by around £20,000 at every level from 1PQE to 3PQE by incorporating bonuses into monthly pay packets. In March 2016, Linklaters followed suit, revamping its pay scale and publishing average compensation figures for median and high-performing associates.

Freshfields Bruckhaus Deringer boosted newly qualified solicitors’ salaries by almost 26 per cent to £85,000, but did away with the discretionary bonus. A statement from the firm said the new salary “exceeds the previous salary and bonus combined”.

Beyond NQ level, where the majority will pick up £85,000, Clifford Chance has only published average figures for those who have made a ‘good’ and ‘exceptional’ contribution to the firm.

Likewise, Herbert Smith Freehills has not revealed its base salary for associates this year but said that when bonuses are taken into account, “total cash compensation” for “high performing” newly-qualified solicitors is now £90,000.

While the trend is clearly positive, this new tendency to release ranges, averages and maximum possible compensation rather than a flat base salary makes it harder to compare one firm to another.
The upshot…

Confusion doesn’t reign, exactly. The first financial results for 2015/16 are largely healthy and the general trend for salaries is upwards – but Brexit has certainly thrown a spanner in the works. The next couple of months will reveal exactly how spooked the City really is.

Are you fairly paid? Click here to take The Lawyer Salary Survey 2016.