One in 10 foreign-born lawyers planning to flee UK soon

One in ten lawyers born overseas but currently working in the UK is planning to leave soon, new research has revealed.

Lawyer 2B polled over 400 foreign-born lawyers and found that 10.8 per cent were looking to leave the UK in the near future.

That figure rose to 16.5 per cent among EU-born lawyers.

However, EU born lawyers were also among the most likely to want to stay in the UK in the long term. Some 45 per cent said they hoped to remain in Britain for the rest of their career – a figure matched by lawyers from North America.

New Zealanders were the most likely to want to return home at some stage before the end of their working lives. 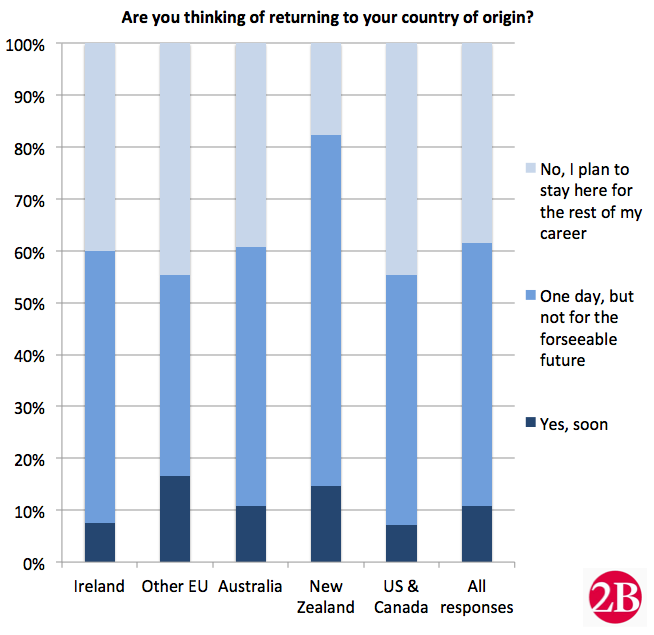 Of the lawyers planning to leave the UK soon, 69 per cent said the outcome of the Brexit referendum had an effect on their decision. 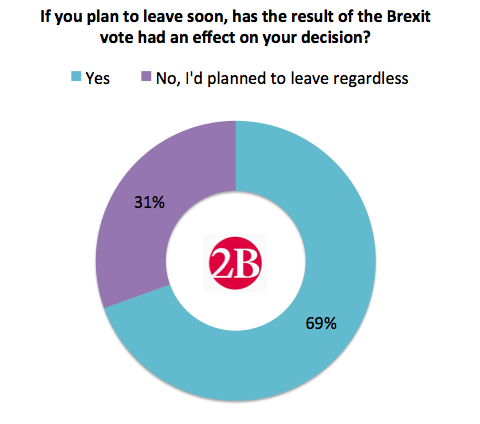 And the majority of EU lawyers feel less welcome in the UK as a result of the Brexit vote, with nearly three-quarters (73 per cent) saying so. 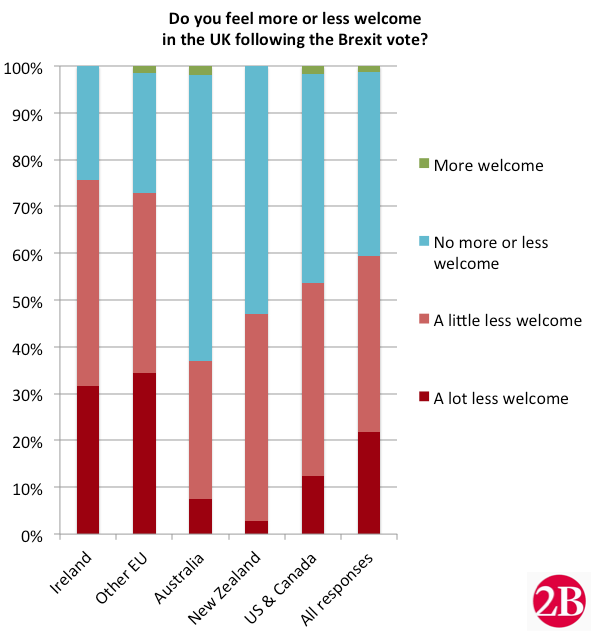 Despite this, EU lawyers were most positive about their time in the Britain. A grand total of 93 per cent said their experience working as a lawyer had been positive, with 80 per cent saying they have enjoyed it “very much.”

New Zealanders were the least enthusiastic about their time spent lawyering in the UK, though 82.3 per cent still said they had enjoyed it at least a little.

Read the selected comments of Australian and American respondents to the survey.