My Pride Story: “The clerks knew long before I told the barristers” 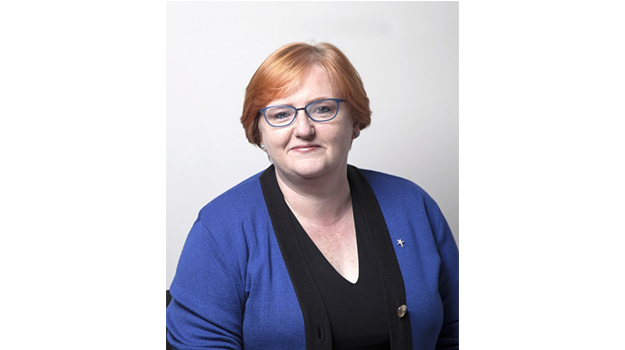 In today’s Pride Story, Hardwicke’s Brie Stevens-Hoare QC acknowledges the ‘privileged’ position she finds herself in – but says it was not always the case.

What is your background?

I have been happily “civilised” for nearly 10 years. My liberal middle class parents always had LGB friends and were incredibly supportive when I came out. If asked to self-identify accurately, I would say I am a pansexual cis female. I have lived (and loved) as a lesbian for the last 22 years. The preceding two decades, during much of which I was sexually active, I only had relationships with men. I have no difficult being labelled as a lesbian or as a bi-sexual woman. I am very settled and do not plan to have any other partners, so for ease in many situations I use “lesbian” to describe myself.

Have you always been out in the workplace – did you have any anxieties about being LGBT?

My first relationship with a women was with a fellow member of chambers. Until then, as far as I and everyone else was concerned I was straight. This was 1994. Clause 28 was still on the statute books and we did not have any of the gay-friendly legislation we now have. At that point I had heard the name of one out male silk. I knew there must be other LGBT people at the bar but had not knowingly met any. One of us thought chambers would probably be supportive but the other was utterly convinced it would end our careers.

If you came out as LGBT later in your career, how did you do this a) with colleagues b) with clients?

After much negotiation between us we came out to a handful of colleagues. They were all straight married men. We were immediately supported and those men set a tone in chambers which made it clear we were accepted, as a couple, and if anyone had a problem that was their problem.

Of course the reality is that our clerks knew long before we told those fellow members of chambers. Whilst I never had any doubt that they and some members gossiped about us for a bit they were in fact very supportive.

I am not a private person. If people ask me a question I will generally answer it. I like people and talking to them. I have always been very happy to sit and chat to a client whilst waiting to get into court (or in the long hours of a mediation). So far me it was quite natural to have some conversation about what I did at the weekend or my holidays.

Thinking about the colleagues in retrospect I do recall a number of conversations with colleagues and friends at the bar which were rather more probing about my private/sex life than might have been considered appropriate otherwise. At the time I just answered people’s questions and was happy to deal with any curiosity or misunderstanding on the basis that helped people to accept. The 2016 me would probably tease them about being so fascinated with my sex life rather than their own.

At the time no one in chambers ever suggested we should not be out inside chambers or with clients. In fact, no one raised the topic of how to deal with clients. We were left to find our own way with it. Initially I felt it was not appropriate for me to be out with clients. However, I found it incredibly difficult, whenever I fell into conversation with solicitors and clients, to “edit” my conversation.

The most ordinary chat about what did you do at the weekend or on your holiday would lead to the need to either be out or stumble over finding neutral pronouns and avoiding using my partner’s name. I was not prepared to change my partner’s gender. That would feel like lying.

When stumbling to use neutral language you often end up thinking “they must realise I what I am doing” and “why am I doing this – it’s so pointless”. And all of that is so exhausting and distracting. For me personally the drive to be open and authentic is strong.

Before long I began to be out with pretty much all my professional clients and lay clients if the conversation naturally led there. I had started with professional clients who were well known to me and had no issues at all. Then I would be open with lay clients if I found I was meeting them more than once. Over time my confidence grew and attitudes improved. There have been a handful of times when someone has clearly been unhappy as the penny dropped.

Now it is very unusual for me to “edit”. I will only do so if there is something that makes me think a particular client may find it difficult and it may affect their trust in me as their barrister. That said I still have that question in my mind on meeting each new professional and lay client.

What specific difficulties have you had to overcome?

I would have said none. It was not until I went to a LGBT network of property professionals that I realised how much more relaxed I am when I do not even have to give 30 seconds thought to the question “should I edit my conversation?”.

What can workplaces can do to help LGBT people?

The same as they can do for those who are BAME, disabled or “other” for some other reason. As the Stonewall strap line says, they can make it clear they accept everyone for who they are without exception. Being visibly diverse in your images, language and activities and being comfortable with that goes a long way.

Do you think the law is LGBT-friendly?

When you are in my position the law is a very LGBT-friendly career. I am senior and have very good network of senior and influential people, many of whom are LGBT and/or active LGBT allies. I am in a very privileged position. To those on the outside or with limited experience of us it still looks like the Bar it is predominantly white, male and yes, straight. It also looks like a place for those who are able-bodied and have been to public school and Oxbridge. To those who have recently joined the Bar it can look and feel like that.

At a recent Freebar event one of our clerking members saw someone his chambers had offered pupillage the year before. That person had been the chambers’ first choice for pupillage and had turned them down. When the two of them spoke it became clear the pupillage had been rejected because the student thought he would not be accepted in that set of chambers. The irony did not escape either of them or those stood around who heard the exchange.

I would not tell anyone they should be out. Some people are private by nature and that is fine. However unless those LGBT barristers who are not private people actively make themselves visible, and their chambers make their acceptance clear, those without the privileges I have will think the law is not LGBT friendly.

Is having strong role-models important when it comes to being out at work?

Absolutely yes. I wish I had had the comfort of that. I now get approached regularly as a thank you for being visible because I am told it has helped.

What advice would you give to junior LGBT lawyers?

Be true to yourself. Be authentic. You will not perform at your best if you are not. If you feel unsure about being out or how to handle situations find yourself an LGBT lawyer or a good ally and ask them. Do not be afraid to ask for the support that will help you. There is FreeBar, BLAGG and Interlaw – go to any of their events or email them and you will be put in touch with people.