My Pride Story: “I went back into the closet when I started in law, but I’m out now and proud” 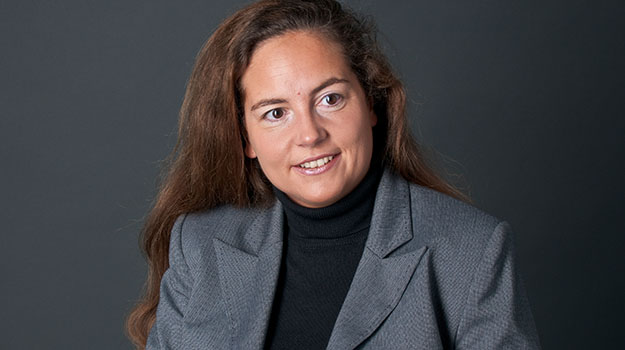 Daisy Reeves is a banking partner at Berwin Leighton Paisner.

What is your work and LGBT history?

I haven’t always been a lawyer – any more than I have always been a lesbian. I had a previous career in marketing. I saw the light about my sexuality far earlier than my career path and converted to law in 2000…

How did you deal with coming out to colleagues?

Once I became a trainee, I chose to ‘go back into the closet’ as I did not know how being gay would be perceived, particularly at a law firm in the City of London. I worried that, on seat change, people would say “oh, we have got the lesbian trainee for the next six months” rather than “we have Daisy, she is meant to be good”.

However, it became obvious people were aware and had no issue with it so it seemed crazy to try to hide it. By the second year of my training contract, I was ‘out’ and have never looked back. BLP has always been a supportive place to work. This year we are flying the Pride flag on top of Adelaide House for Pride, one of the first law firms to do so.

Are you ‘out’ to clients?

Yes. Clients care about my performance as a lawyer, not who I fall in love with but clients also need to connect with and trust their lawyer. Part of having an ongoing relationship with people, including clients, is being authentic. Sexuality does not define a person but it is an integral part of their make-up such, I believe to hide it would make it harder to connect on a personal level. I am lucky as I have never had a backlash from being ‘out’ at work, in fact I have won clients directly as a result – clients are diverse too!

Is there any difference in ‘coming out’ as gay/bi woman compared to a gay/bi man?

It is pertinent that you ask. One of the key issues at the moment is the lack of senior gay/bi women in industry. A new national cross-sector initiative is looking at this very question (www.LBWomen.org). Looking at the Law, there are very few ‘out’ female LB partners compared to male. The feeling is that women tend to be less visible as they have the ‘gender issue’ so why add the LBGT to it, the so-called ‘double-glazed glass ceiling’. It does need to be addressed and one key way to do it is for more senior LB women at firms to be role models and visibly ‘out’. We are trying.

There is a similar issue when it comes to Trans and this is another issue that needs to be addressed as the Trans legal community is probably where the LGB community was 10 years ago, in the City at least.

What can law firms do to help LGBT people?

Be overt about being inclusive. There are those people that, perhaps understandably, think, “I come to work to practise the business of law, not my sexuality. Why does it matter?”. Well it does, given the above stats. Law firms need to send a clear message to attract and retain talent – we know LGBTers will look at what a firm is doing around inclusivity to make sure he or she will be welcomed.

Visible role models are so important to reflect that being LGBT does not stifle a legal career. It is particularly important to make clear that firms are accepting right from the start, at graduate-level, as the City is, despite our best efforts, seen to be homophobic. Even now in 2016, 62 per cent of graduates go ‘back in the closet’ when they start work just like I did in 2002.

BLP, with Herbert Smith Freehills, sought to address this on the legal side in 2010 with the launch of ‘DiversCity’, an award-winning graduate recruitment event aimed at LGBT students to reassure them that City law is inclusive. It also gives the graduates hands-on career advice as to the career path to be a lawyer. ‘DiversCity’ is now in its sixth year and participated by 15 City firms.

What advice would you give to junior LGBT lawyers?

Be yourself, be authentic – the legal industry is founded on honesty and integrity so be true to yourself. We have come such a long way and the law is great place to work if you are LGBT.

Clare Fielding, Gowling WLG: “I’m a trans partner in the City and I’m happy to be a role model”