My Pride Story: “I’m a trans partner in the City and I’m happy to be a role model” 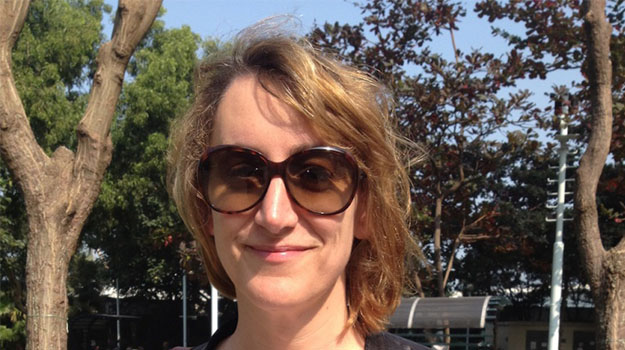 In the second in our series of profiles to mark London Pride, we speak to Gowling WLG partner Clare Fielding.

I came into the law circuitously. I read history at Warwick and then went to work for the Bank of England on their graduate trainee programme as an analyst. The bank was setting up a legal department after [the collapse of] BCCI and I joined that in a junior capacity.

That led to a change in career and I went to Slaughter and May to do a training contract. I stayed there till five years PQE and specialised in planning work, then moved in 2005 to Herbert Smith and made partner there. After that I joined Lawrence Graham [now part of Gowlings].

Being trans is not a lifestyle choice. You carry this around with you the whole time. You don’t decide – it decides for you. You get to a point where you lose the fight and have to succumb. I vaguely remember the moment I lost the battle – it just dawned on me while I was at university. Shortly afterwards I graduated and started at the Bank of England and it was actually there that I transitioned. The security guards used to call me the ‘new lady of Threadneedle Street’.

I transitioned in the early 1990s and started at Slaughter and May soon after. I felt I had to mention it to Slaughters just before I joined as I’d had my interview in my old identity and of course in the meantime had made this drastic switch. They were totally fine about it. I probably looked a little bit androgynous back then – nowadays there’s more advanced techniques like laser surgery and so on so I looked a little bit interim. People did realise and you had to get into conversations. When I joined Herbert Smith I didn’t tell them initially but I did tell them when I was going through the partner promotion process.

I’ve been constantly blown away by the support and understanding I’ve had from virtually everyone – certainly in the workplace. Nothing has ever once been said – at least to my face. I’ve never felt I’ve been held back because of my gender identity.

My parents were upset to begin with, though. My mum said she’d always known but my dad found it harder at the beginning – but he soon came round.

I’m asked a fair bit about how to draw up a trans policy in workplaces. I don’t hold myself out as any sort of expert in that – I’m a planning lawyer not an HR person. But I am happy to tell my story, and explain what it’s like to be in that situation. It’s not that difficult – policies should just create a framework so that a person can be dealt with as an individual with dignity, and be treated according to their preference.

Since in later years I’ve been more open, I feel better about it because I no longer feel like a second-class citizen – I feel empowered. Also it helps that people are becoming aware of trans and that you can meet trans people who are not just leading ordinary lives, but extraordinary ones too. It’s a lot easier to be yourself now than it was.

I never had any role models. Back when I transitioned your typical transsexual was the one who got murdered early on in the movie (if they were not actually the murderer!). Always the outsider. Or there’d be sensationalist reporting – transsexual beauty queens and all that (just as outdated as the non-trans type, surely?!) So I feel I have a sort of duty to stand up and be counted, and if that means I can be a role model, then I’m glad to be one.

Daisy Reeves, Berwin Leighton Paisner: “I went back into the closet when I started in law, but I’m out now and proud”