My career story: “I set up my own virtual firm as soon as I turned 3PQE” 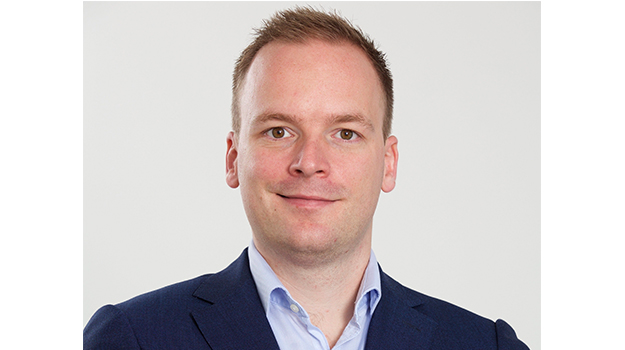 Toby Harper trained at a small corporate firm in the West Midlands before working for Shakespeares and on secondment in-house. As soon as he was three years qualified, he set up his own virtual law firm, Harper James.

How did you first start out in the profession?

I had a keen interest in and understanding of business from a very early age. I did a business studies course at 16 and learned a lot from that, and within that course was a law module that I really did well in. Law was obviously a strength for me so it sort of made sense to do a law and business LLB at the University of Wales, Swansea. I did enough law in that to qualify for an LLB and finished with a 2:1.

While I was in my second year at uni, friends were applying for training contracts at the big firms but there was nothing that really appealed to me. I still wasn’t sure pursuing a career as a solicitor was what I wanted to do. I’d previously done a couple of sales jobs and was good at that so I ended up getting a graduate job in recruitment: an area that was booming at the time.

Within two months I realised it was totally the wrong thing to do. It wasn’t intellectually stimulating enough, I didn’t feel like I was using my academic qualifications, or being challenged and I could just see myself sitting there making cold calls for the next 20 years. So I decided I was going to enrol to do the LPC.

I hadn’t applied for any training contracts but I wasn’t prepared to hang around, so I decided to pay for it myself. By that time I was working in a Vodafone store doing sales, and it was actually a fairly well-paid job. So I studied full time and worked part-time and by the time I’d finished the LPC I’d basically paid for it.

How did you get trained up?

Because of my interest in business, the only real job I was interested in pursuing was as a corporate lawyer. Unfortunately, this was just as the 2008 recession was starting. I had managed to secure a paralegal position at a niche corporate firm and then I went away on holiday before I started. While I was away the economy took a complete nose dive and they withdrew the job offer: that upset the apple cart a bit.

I looked at more graduate jobs with a commercial and sales type aspect to then. I had just finished weeks of negotiating for a graduate IT sales job, and was about to say yes when I got a call from the firm which had withdrawn the paralegal job offer. They had a new paralegal opening. They said: ‘It’s rubbish money – £15,000 a year – and no certainty of a training contract, but what do you think?’

I made a decision that I’d invested in the LPC, so I turned down the graduate job in IT sales which was double the salary with a company car and all that. I worked at the firm as a paralegal for a year and then they offered me a training contract.

I just worked ridiculous hours. Because the job was never secure I took it on myself to make myself indispensable. I worked very hard on the fee-earning legal work, but I also utilised my sales skills to go out to marketing events to build relationships with prospective clients from day one. Then when I got the training contract I basically did the exactly the same thing for a further two years. The firm offered me a job when I qualified, but I was slightly disappointed with the offer. The salary was still lower than the IT sales job had been. It just wasn’t right for me.

So you turned down the job?

I turned down the job and started building relationships with recruiters. We were still not quite out of the recession and I was out of work at a time when there were barely any corporate jobs available: one new job would come up for the whole of the West Midlands and I’d get dozens of voicemails from recruiters about it. But I actually ended up getting a couple of offers and I decided to go with Shakespeares.

At the firm where I trained, the partner was good at winning business but it was a small firm and as we were thrown in the deep end. There was quite a high volume of work and a lot of pressure and responsibility. I learned a lot of client care skills, project management skills, business development skills. Then I turned up at Shakespeares where because of the economy I was sitting around twiddling my thumbs for six months. Fortunately, after that I was approached by a partner in the Birmingham office who suggested there was a secondment opportunity in Birmingham with a client, the venture capital firm MidVen. They put me forward, I talked to the CEO and got the secondment.

I was working as a sole in-house counsel. It was more what I was comfortable with, working on lots of deals with the client directly in their office. I learned a lot about venture capital transactions, as much as someone in private practice could learn in five or six years. I would be really proactive about asking to sit in pitches, then getting as close as I could to the founders of these companies and continuing to build a network of contacts, and understanding what issues these companies were facing.

You set up your own law firm: how did that come about?

My girlfriend had a training contract offer at DLA Piper in Sheffield but had a year before she was due to start. I decided to leave and handed in my notice at Shakespeares, and we went travelling for six months. By that time, I had an idea for supporting venture capital companies, so I decided I would get a website up and running while I was away and put together a support package for high grade companies.

I only expected to work as a freelance in-house lawyer for three or four companies, within the remit of the Code of Conduct. When I got back I started telling contacts at companies what I was planning on doing and got a couple of clients. Within four to six months I had so many enquiries that I couldn’t handle them on my own. I didn’t have the capacity, and as a freelance you shouldn’t work for more than a handful of business anyway.

But I was obviously onto something that worked, so the question was how do I scale this business up? I decided when I turned 3PQE, I would hand in my application to the SRA to operate as a law firm.

When I got the authorisation through, I got back in touch with all the people I didn’t have capacity to work for previously, and we’ve been scaling up ever since. We’ve been going just under two years and have now supported something in the region of 300 to 400 business. I have a team of about 30 people, and substantial demand from new and existing clients.

So you didn’t always plan to start your own firm?

I always anticipated starting my own business, but certainly not a law firm or a legal services business in the normal sense of the term. I never actually anticipated running a law firm. Working in the firms I found myself in, I saw they were full of so many challenges that weren’t being properly addressed. Why would anyone set up a law firm, with all the overheads, expenses, unsatisfied customers… everything?

I wanted to do something that was quite innovative. I thought, why don’t I use the skills set I’ve developed, my knowledge of sector and what law firms get wrong, and create something that tackles all those problems for clients?

There are no equity partners other than me, cashflow is very good, we’ve no debt. Work in progress lock-up is a maximum of 40 days, we empower staff because they get to work completely flexibly, there’s no requirement to come in to the office. And there’s no political or bureaucratic nonsense of traditional law firms.

You make it sound easy: what were the big challenges?

In all honestly, sometimes I do have to pinch myself and think ‘Wow, look what we’ve created in such a short space of time.’ We were profitable from day one. The main challenge I have was managing the ever-increasing influx of work and putting in place proper governance structures, so responsibility is divided up and doesn’t just rest on my shoulders.

For people looking to set up a law firm, there are some main obstacles – working within a regulated environment has its challenges. There are limitations on how innovative you can be when you have to work within a regime. The start-up costs are a big barrier to entry too. Making sure as you are compliant with the SRA’s rules, that you have a compliant insurance policy, legal resources – all these are incredibly expensive, especially if you are doing it without knowing if you are going to get any business. I was lucky in that I was able to dip my toe in the water first.

Whatever you are planning on doing, try and make it different and innovative, then test the water if you can: maybe through market research, or talking to your clients saying this is what I’m going to do, can I count on your support? Can I offer you these discounts if you sign up now?

It’s about doing something different. There are 10,500 law firms out there in the market. Everyone knows the big ones, but the majority are smaller operations of one to five partners and unless you are standing out from the crowd you can get lost.

You talk about responsibility being divided up: was it difficult to put your creation into the hands of others?

That’s probably the hardest thing. Passing off delivery of work to clients that have come to you through word of mouth and recommendations is tough. Word of mouth is how we’ve grown and having faith in your colleagues that they care as much as you do takes time.

There was a time when I was trying to check everything, which in reality is impossible. You just have to have faith in your recruitment process and that your colleagues will care as much as you.

Any other advice for people wanting to do something similar?

Take every opportunity, whether it’s presented to you – whether it’s there for the grabbing. I didn’t always wait for people to ask, ‘Do you want to do this?’ Take responsibility upon yourself: do it for the people you work with, but do it for yourself as well.

Build a network, that’s very important. The more people you help, the more will help you later. I went out of my way to help people, often in my own time. It was because I cared about what they were trying to do, but also because I know that it would help me in future.