My career story: “I retired from law aged 44 and now I’m a psychotherapist”

After a 20-year legal career at Norton Rose, Shearman & Sterling and Hogan & Hartson, Jon Coppin retired from the profession at the age of 44. After a couple of years working as a psychotherapist in the NHS he has now set up his own practice aimed at helping people working in the City. 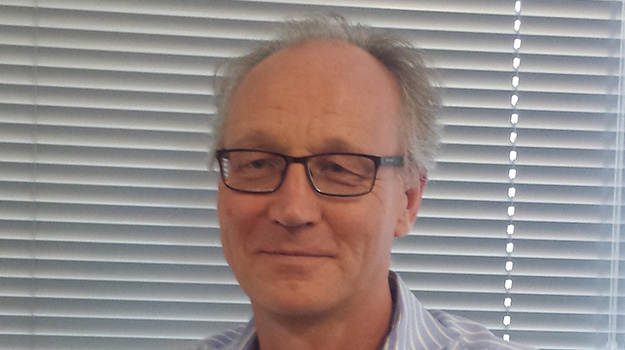 Was psychology always something you had an interest in and how did you come to law?

My first degree was in psychology and as I approached the end of that I looked at my options and couldn’t see a career that I liked. It was – and is – tremendously competitive and the remuneration didn’t look great either. That’s what prompted me to go off and do the CPE, without any great expectations as to what the legal profession might be like, apart from the fact that it looked like an appealing career.

The study of law and the CPE particularly was really rote learning, and it wasn’t a very ‘alive’ subject at all for me. Practice was completely different. I trained at Norton Rose and found to my immense pleasure in the course of that I was quite good at it. I found to that you be a good lawyer you actually had to be quite creative, good with people and dealing with live dynamic situations all the time.

How did your career progress?

I was in the right place at the right time. I qualified in the 80s and made a fairly rapid progression to partnership. It took six years, and at that point it was a boom time if your were a young M&A partner.

I stayed at Norton Rose for six years before moving to an American firm. Again I was pretty lucky, I was in the right place at the right time – I had a bit of profile in the market at a time when the New York firms were stalking the City trying to find lawyers for their new practice. The first-moving American firms that wanted to get into London had attracted their senior M&A figure and were looking for young guns to support them. Shearman & Sterling recruited me as their No. 2 guy for M&A.

It was an exciting time: Shearman was tremendously ambitious in London, and it was great to be part of a challenger practice that was doing a pretty good job at taking a slice of the most lucrative work.

I spent four years there; after that, Hogan & Hartson approached me with a very attractive offer which involved leading the practice. Ultimately I was worth more to them than Shearman – Hogans were a bit behind Shearman in their market presence and were looking to beef up.

Were you thinking of leaving law while all this was going on?

It was all tremendously exciting and things were going well. I was focused on partnership, which happened quite quickly.

At that point the blinkers fall away a bit. I’m a partner, what now? You see the future stretching out ahead of you and I started thinking harder about what I did want to do. I decided that actually I didn’t want to be a partner forever, and that I would put my head down and push through until I had enough set by to do something else.

I did about 10 more years. And they were an enjoyable 10 years – it was a really stimulating career, with interesting work, I struck up tremendous friendships. I never made any secret about my plans – I told everyone I would retire at 45 and nobody believed me. I’d get people come in to my room with a deal for me and I’d say, ‘You do know I’m retiring in 18 months?’ They’d say, ‘Yeah, yeah…’”

I got out a year early in the end, at 44. I just decided I’d done it to the point where there wasn’t a compelling financial imperative.

I did the sale of Jaguar Land Rover to Tata for Ford, which was an immense deal for a small fairly inexperienced practice to take on. That took a long time and when it came to an end it seemed a natural time to stop.

I didn’t have kids so that made things easier but it’s a big change to make. It’s a big adjustment. It’s easy to feel overwhelmed by the job, but there are a lot of great aspects to it and I think people get a lot more out of it than they like to pretend sometimes.

Did you have an idea of what you were going to do next?

No, it was a slow organic process. I knew I wanted to stop but I was too busy while I was working to plan much in advice. I just retired down to Exmoor and spent a whole year recharging my batteries. I did a bit of voluntary work that led me to involved with the Financial Inclusion Fund in the West Country combatting poverty. I thought that non-exec positions felt like an option. I had always psychology in mind and I found out because my undergrad I was eligible to do a Masters degree.

So you went back to university – how did you find that?

It wasn’t without its challenges. It’s a bit humbling to submit essays and be told you haven’t done your references right when you’re used to people telling you as a partner how wonderful your drafting is. And it was a challenge when you’re used to thinking like a lawyer, which is all about being very analytical and logical, to get to grips with a discipline that’s all about uncertainty and the human mind. I think I was at a disadvantage compared to those who had come from other backgrounds. But it was very rewarding.

I finished a couple of years ago, at the end of 2013, and worked as a psychotherapist for the NHS for a while. It was really interesting to go into a big hospital like Homerton or St Barts and see what it was like on the other side of the door.

More stressful than being a lawyer?

No, but it has different challenges, especially emotional ones.

You’ve now set up on your own as a psychotherapist – was that always something you had in mind?

It’s something I always planned to do, but I wanted to take quite a bit of time until I’d worked out the right model for the client base I wanted. I always wanted to work with people in the City. It’s a special environment and people who don’t work in it struggle to empathise with the people who do.

Is your practice aimed at lawyers specifically or a wider base?

It’s everybody who works in that environment. There are common threads across the different profession in the City and I have a particular model that will suit those people that pretty well: more flexible, that plays to their natural strengths, and pushes them a little bit.

Have you any advice for junior lawyers thinking about their career options?

Keep thinking about whether this is working for you. The law is a great career but it gives you some fantastic skills that you will able to use in other ways. It wasn’t until I was sitting in a board meeting that I realised I could instinctively do things that the very smart businessmen sitting around me just couldn’t

It is important to take care of yourself. It is a very demanding job – very few people work harder than City lawyers. Taking care of yourself is often about trying to keep a little of yourself outside the role, and the article I wrote is about the importance of trying to reconcile your professional role and the myths around that with our own personal realities. That can be very confusing territory.