My career story: “I qualified and became my firm’s pro bono manager” 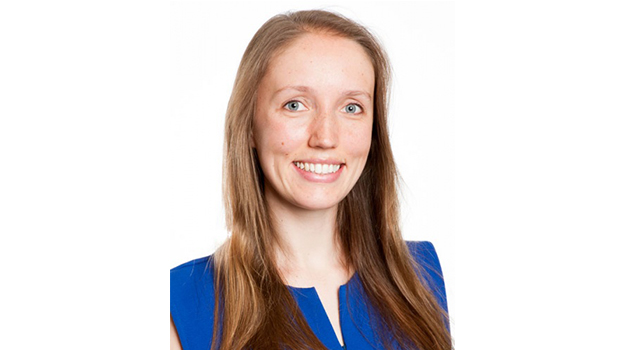 Rebecca Naylor was a trainee at Reed Smith until she qualified in March 2016. During the second year of her training contract she was also the firm’s pro bono manager for the Europe, the Middle East and Africa (EMEA), a job she took on full time upon qualification.

What’s your background? How did you first get involved with pro bono?

What got me interested in law originally was the death penalty. When I was in school we had a talk from Nick Yarris, who was on death row for 23 years before being exonerated. I ended up studying law at university which I really enjoyed, and then I went to work at Reprieve for five months before my training contract started with Reed Smith.

I thought I probably wanted to be a commercial lawyer, but one of the benefits of coming here was there is a six-month pro bono secondment, and I was very excited at the chance to do that. That was quite a big factor for me. I did my first six months here and then I went on secondment to Liberty, the civil rights charity, which I absolutely loved. Then I came back to Reed Smith for a seat in the real estate team.

What did you do at Liberty?

I worked in the advice and information team, responding to queries for the general public by email, letter and telephone. The ‘phone part was particularly challenging, but great. They have an advice line that’s open three times a week and on Wednesday lunchtimes the trainees at Liberty man the line. You get all sorts of queries from the general public that you wouldn’t even imagine. You ask all the key questions and give advice.

We’re going to start that with the lawyers here and send them to Liberty on Monday nights. We’re hoping there will be a good uptake – we’ve got an enthusiastic associate who’s championing that.

How did your full-time pro bono role come about?

About a year ago the lawyer managing the pro bono programme at Reed Smith left. They advertised the job internally and I suddenly realised that although I was perfectly happy in commercial law, what I really wanted to do was pro bono.

I ended up doing the pro bono job at the same time as the second year of my training contract. I sat with [IP partner and the firm’s EMEA head of CSR] Michael Skrein for my final six months and he was very supportive. Then I qualified in March 2016 and started doing pro bono full time, as a lawyer managing the programme.

Did you interview for the role?

Yes. I had to do a ten minute presentation on how I would develop the pro bono brief. In my first year I’d been involved in quite a lot of the projects we’d been doing, so I had ideas about for expanding those, along with a couple of new things I thought I’d try, and ideas about how to engage people who weren’t participating yet.

Was it tough throwing your hat into the ring for the job before you had even qualified?

It was quite daunting. I spoke to my predecessor about what the role involved and I had the support of Michael, so it was helpful to have the backing of a very senior partner.

I did have to learn a lot very quickly – you are suddenly putting yourself out there an awful lot more and people come and ask you for your opinion. I would be doing my trainee work in employment, doing bundles and all that, and then I’d get a call from a partner in another department about a piece of pro bono work they were doing and wanted my advice on. I did have to step up quite quickly.

How was it juggling your trainee work with the pro bono practice?

I sat in employment, which worked very well. The cases are much smaller than in some of the other departments so it was manageable. The good thing about pro bono is that it’s very flexible. It’s busy and there’s a lot going on, but you could drop it for a few hours if something urgent came in on the trainee side, so I did sometimes have to stay late but on the whole people have been pretty understanding and supportive. Then I sat with Michael in litigation. It took a bit of juggling but on the whole everyone was very supportive.

What was the reaction from your fellow trainees when you got the job?

I didn’t tell everyone that I was applying – but a few of my friends weren’t surprised when they found out I’d got the job!

The trainees are fantastic at pro bono. There was no chivvying required from me – they were all involved before I got on board. We have 100 per cent participation from them – it’s voluntary, so that is pretty amazing. We rely on the trainees to champion our projects; for instance our four clinics are all coordinated by the trainees – I’ll supervise them, but they will run the rotas and remind the lawyers and distribute all the useful information. We do rely on them to step up and take responsibility.

What have you learned since taking on the job?

Talking to other firms across the City, it seems that one of the main things that’s quite unique about Reed Smith is that we do have ‘champions’ in every group. I rely on them quite a lot to help get everyone involved and enthusiastic. I hadn’t realised until I started the role how valuable that is. I couldn’t manage all the projects we have if they weren’t all involved too.

At one point I did thank-yous for all the champions and realised that we had about 30 or 40 – that’s a lot of people not just doing pro bono but actively involved in the management as well, from partners down to trainees and paralegals.

I’m not sure there is a typical day. Some days it’s all meetings with prospective pro bono clients, charities, non-profits. Teams within the firm want to get me in to find out what’s going on. We collaborate with other law firms on pro bono – for instance we’ve got a new domestic violence clinic and we collaborate with five other firms on that.

But I’m also trying to do some of the legal work too, because I qualified as a lawyer and it’s important that I stay involved with the casework as well.

What’s the plan for the pro bono programme?

I meet with our champions quarterly and at the end of last year we put together a strategy for 2016. We reviewed that in March – we’ve ticked off quite a lot of the items but there’s still more to do.

I’m responsible for the EMEA region, so I’m doing the same sort of thing with champions in other offices too. Each jurisdiction is very different: some are more engaged with pro bono than others, so there are different challenges. Its harder to do pro bono in France and Germany but we’ve actually found that our offices there are doing really well. We try to do projects that involve all our offices, so we’ve recently done a project on FGM so that involved a couple of lawyers from several different countries working together.

And what about your own personal career aims?

I think I’ve got the best job, so I’m going to try and hang on to it for as  long as I can! Before I got this job I thought I might go into a non-profit and do legal work, but what I love about this role is that you get to work with so many different people and have such a big impact that you don’t really get anywhere else. And you’ve got the resources of a law firm – 350 lawyers in London and 2,000 round the world that you can put to use to help organisations, which is pretty amazing.

The pro bono world is developing as well – its been quite a busy year across the City – firms are hiring more people to join their pro bono teams. They are growing into small practices so I hope that pro bono will be a developing career path.