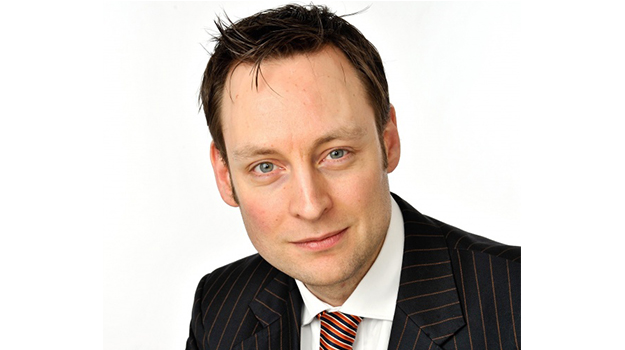 Liam Kerr trained with south coast firm Coffin Mew, before working in Scotland for Ledingham Chalmers, McGrigors and CMS Cameron McKenna. He became a freelance lawyer in 2015 and was elected as an MSP for North East Scotland in May 2016.

How did you start out in law?

I was working in London as a salesman for a start-up telecoms industry in the mid 90s. It was an exciting time – everything just been deregulated – but I got to a point where I didn’t want to be doing sales for the rest of my life. I saw value in retraining to become a lawyer. I had gone though employment law issues myself: a company I worked for had become insolvent and gone through a TUPE transfer, I’d had experience with trade unions. I felt there was a kind of synergy between what I’d been doing in my life and what I could do as an employment lawyer.

I had a very good training contract on the south coast at Coffin Mew & Clover, I joined their employment team just as a senior associate went off on maternity leave and I ended up getting a lot more responsibility than you might expect. I ended up doing two seats in employment and then qualified there.

However, I had been gone from Scotland a long time – I grew up in Edinburgh – and always had a mind to come back. I interviewed at various firms up here and really warmed to Ledingham Chalmers in Aberdeen. There was a really good atmosphere from the moment I walked through the door so, despite my desire to come back to Edinburgh, I thought I’d give Aberdeen a go. Then McGrigors came in and bought half of the firm and I was part of that.

It was fascinating, from a legal perspective, to be on the inside of something like that. I have spent my career advising on M&A and moving employees around, sand I feel that going through the process really added to my experience and ability to advise on it.

I have always been a political animal. I was very involved in Edinburgh in the 90s, then when I started moving around for work I dropped off the radar – I’d deliver a few leaflets in the south and talk about politics over the dinner table but that was about it.

Then, back up in Aberdeen there was a by-election in 2012. One of my colleagues, Ross Thomson, was standing for the Scottish Conservatives. I watched his campaign, it was very positive and it bought into what Ruth Davidson is trying to do in Scotland and I thought, ‘Hang on, this is interesting, I need to be a part of this.’ That was kind of a reawakening. I got in touch with Ross to see how I could help out, we had a meeting and it all just spiralled from there.

How did your election come about?

I start helping in the campaign, and Ross did okay. Then I decided to really start getting involved in the local association. Part of the skills set you have as a lawyer is to go into meetings and keep to the agenda! So quite quickly, I joined the exec, and was then asked to be the chairman of the Aberdeen association which at the time was going though a bit of a rebirth.

In the last two and a half years we’ve really started making waves in the various elections there have been. For me personally, I started thinking that is something I want to explore further. I’m very wedded to Ruth Davidson’s politics and thought it was probably time to stand up and be counted rather than moaning on the sidelines.

I had been approached to stand as a candidate for Aberdeen North in the general election. That wasn’t really feasible: I was working for CMS as a senior associate and that was pretty intense. Then the general election happened this time last year and at around the same time I made a decision to go out on my own. I set up my own company working through Vario and Peerpoint, and that gave me an awful lot more time. I’ve always been less wedded to the idea of the standard legal career of becoming a partner. Setting up on my own gave me a lot more time to spend with my daughter, dictate the work I do and when I do it. I’m quite evangelical about flexible working.

It also meant I could explore where the political side of things could go. My aim was to have a run at Aberdeen City Council next year – I thought it was too early to start becoming an MSP. So that was fine, but then there was discussion about getting candidates in place for the 2016 Holyrood elections. I didn’t particularly expect to get in because the constituency I was selected for is not traditional Tory territory. But I thought I could campaign and help the rest of the list [the Scottish Parliament elections use the Additional Member System of proportional representation] and make sure they get in.

To be elected was very unexpected. If you watch the footage of the announcement you will see the shock – it was a bit of a Stephen Twigg moment. My constituency announced at two in the morning. The Tories had always been third or fourth and we were up to second: it was a huge swing. So we were all delighted and my job was done, then it started to become apparent I might actually get elected!

Have you been continuing your work as a lawyer now you have been elected?

I went to the client and explained the situation. I’m going to finish my legal work over the summer recess and at nights; after that, I will not be renewing any long-term contracts with clients.

Have you any advice for lawyers seeking to go freelance?

It was probably the best move I made in my career. I absolutely loved it. My aim was to give myself much more time. Vario, Peerpoint, all the others: they are absolutely on the button with this. For lawyers feeling stuck, like they’re never going to make partner, or overworked, I would massively encourage them to look at this model.

What about lawyers with political aspirations?

It’s a really good thing to do. The synergies between what we do as lawyers and what politicians do are great – not just the technical elements but the soft skills you get from being a lawyer are really portable in this arena. I did thousands of presentations, now I might have to do a speech a couple of times a week. It’s still nerve wracking, but it’s not a big deal. A lot of people don’t have that skill set. If lawyers have that desire to get into politics they should get involved with their local association and find out what’s going on.

Does the Scottish Parliament, or politics in general, need more lawyers?

Yes and no. There are quite a few of us in Holyrood: it is a profession that lends itself in going into politics. I would say we need more people with a back story, I think it is important that before people go into politics they’ve had a life, so that would be my advice: have a career first.

Given last week’s result, we have to ask about the referendum result…

We need to take stock of this decision that has been made by the British people.

We also need to recognise that, although the result in Scotland was different, this was a vote for the whole of the UK and we must respect the democratic process.

The most important thing in the short-term is to maintain stability.

It is also right at this time to pay tribute to David Cameron, who has served the office of Prime Minister with honour and distinction.

He restored the UK economy from the depths of the financial crisis, he pushed ahead with a series of necessary social reforms and, in Scotland, delivered on devolution to provide more powers for our parliament.