The demand for technology, media and telecoms lawyers has risen dramatically in 2016, new research has revealed.

However, since January 2016, the number of vacancies has risen dramatically, with a high of more than 6,000 TMT roles available in June of this year.

The report cited the implementation of the EU Data Protection Directive in 2017 and the resulting increase in regulation as one reason for a need for more TMT lawyers, as well as the impact of Brexit if the UK diverges from EU digital standards. 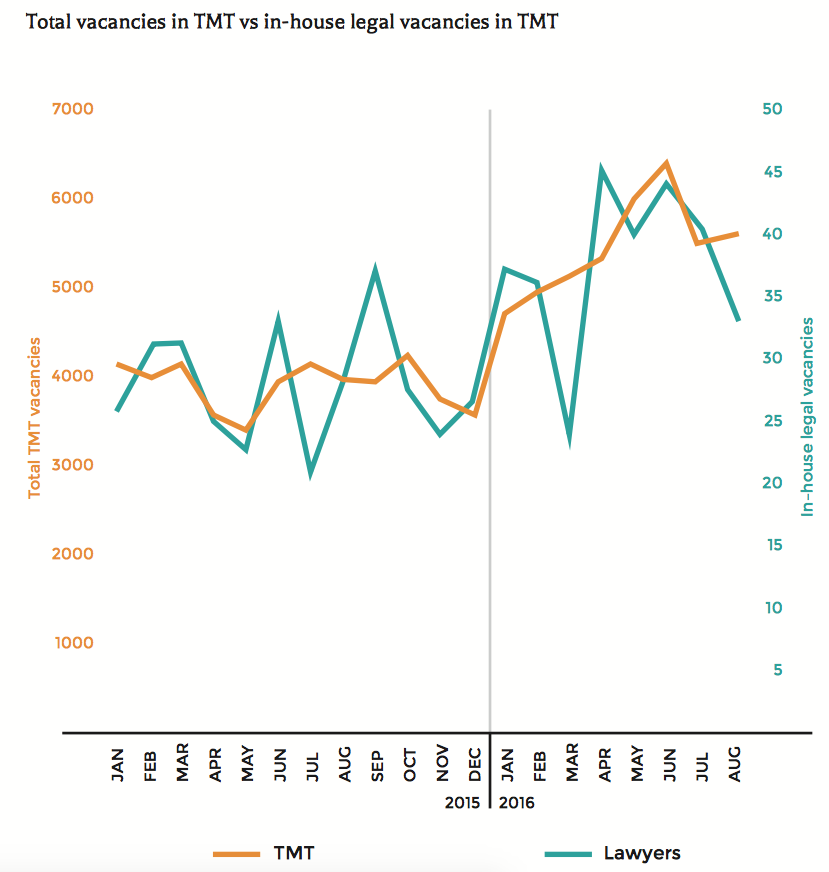 Nearly three quarters of all TMT vacancies in 2016 have been for lawyers of between 2 and 6PQE.

Roles for lawyers of 0-2PQE account for around 12 per cent of jobs, down from 13 per cent in 2015. The report notes “As technology firms expand in their reach, the undertone therefore is that while we will always need lawyers, the roles they perform will change and in certain instances become unrecognisable to how we would perceive them today.”

“This change will be most apparent for trainees and newly qualified solicitors, where the function they currently perform becomes increasingly automatable. So it is not surprising that vacancies for junior lawyers are falling as a proportion of the total market.”

Is a robot about to steal your training contract?