Is a robot about to steal your training contract? 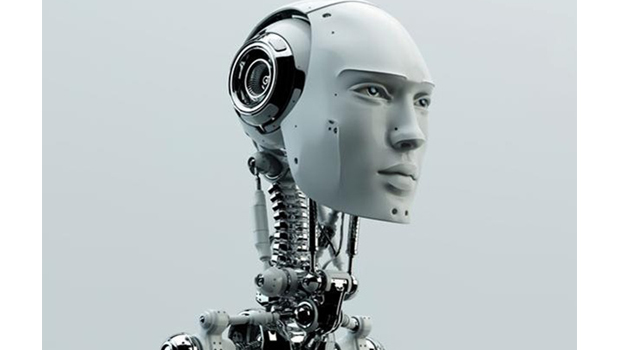 Science fiction has a lot of fancy futuristic concepts but there’s one bit of tech that gets almost taken for granted these days among the transporters, hoverboards and holograms.

It’s the computer that talks back to you and answers any questions. It’s taken as read now that in the future, we’ll be able to say, “Computer, plot a course to the planet Magrathea” – or indeed, “Computer, do you think Jessica likes me?” – and a disembodied voice will reply with some helpful advice and an offbeat witticism.

Of course, we already have a simple form of this technology in the form of Siri, Apple’s ’intelligent personal assistant and knowledge navigator.’ But Siri could never actually do the job of a lawyer – could it?

Of course it could – and it may happen sooner than you think. IBM’s artificial intelligence system, ‘Watson’ is already being used in the medical profession to recommend treatment plans for cancer patients. “Although IBM and the medical experts working with them are cagey on this point, for some tasks it appears that Watson is already outperforming human beings,” write Richard and Dan Susskind in their new book, The Future of the Professions.

If it can replace doctors, why not lawyers? “IBM Watson will be able to do what a trainee or paralegal can do. You’ll be able to ask it a question and it will trawl through documents – but it will have the ability to learn and become wiser,” predicts Bas Boris Visser, Clifford Chance’s global head of innovation and business change. “It will be available 24/7. It won’t complain. You can see how that might be attractive to a partner! But equally, in the future a client may realise he doesn’t need to call that expensive law firm partner after all…”

Does that mean that lawyers will no longer be needed in the future? “People will continue to be the single most important asset of law firms,” says Visser. “But young lawyers will have to take a different view on how to structure their careers.”

In Tomorrow’s Lawyers, Richard Susskind outlines eight potential jobs for lawyers of the future. They include the ‘legal knowledge engineer’. “When legal service comes to be computerised, talented lawyers will be required in great numbers to organise huge quantities of complex legal materials and processes,” Susskind argues. “The law will need to be analysed, distilled and then captured as standard working practices and embodied in computer systems.”

“Developing legal standards and procedures, and organising and representing legal knowledge in computer systems, is irreducibly a job of legal research and analysis. More than this, it is often more intellectually demanding than traditional legal work, largely because it is more taxing to create a system that can solve many problems than to find an answer to a specific issue.”

How long will it take? “Look at how fast technology has changed in the past 20 years,” says Visser. If you need convincing, read the clipping [[on the right]] from a 1992 issue of The Lawyer, in which lawyers are just starting to get to grips with new-fangled ‘laptops’. BlackBerrys and the internet have already drastically changed the way lawyers work – it would be naïve to think there won’t be similar radical changes in the next 20 years.

IBM Watson’s world will arrive sooner than you think – before transporters or hoverboards, certainly – so what can students and young lawyers do now to prepare themselves? A good start would be simply to read around the subject. There are a number of ‘futurologists’ who are thinking about how technology would shape the legal market – begin with Tomorrow’s Lawyers, a quick but insightful read aimed at students. Other than that, be on the lookout for different types of legal employers and ways of working – they are already starting to spring up.  Don’t dismiss them. You may well find yourself working for one in a few years time.